Maybe you’ve seen the TED talk given by Alex Honnold, a guy – actually the only guy – to have ever completed a free-solo (i.e., no ropes) ascent of “El Capitan,” a 3,000 foot, vertical cliff in Yosemite National Park.

As a person who has trouble comfortably ascending a ladder to clean leaves out of the gutters, I can’t begin to understand how one climbs a half-mile-high rock wall, knowing that one mistake and it’s all over.

What if you sneeze? Or get a cramp? Or (unlikely) some kind of giant bird lands on your head?

I wish Alex no misfortune. It just seems to me that given the risks involved in his profession, this is not a man who is likely to pass from natural causes.

I don’t think you’ll be surprised to learn, then, that when it comes to running my business, I take the exact opposite approach: There is no single thing that can happen – or not happen – that can cause everything to come tumbling down at once. 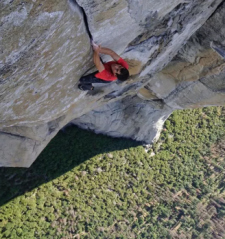 And while it may not be edge (or even middle) of your seat TED Talk-worthy, it strikes me as a pretty good formula for sticking around as a “free solo” for years and years.

Here’s the bottom line. Every solo and small business professional I know has a pretty clear understanding of what they sell, how much they charge and, if hired, how they will go about doing the work.

That matters, of course. But what people don’t seem to give much thought to is the system they are creating in terms of how the various client and project pieces fit together.

Put another way, there’s a big difference between climbing a 10-foot wall and climbing a 3,000-foot wall. In any given moment, the actions you take may be exactly the same – but the risks involved are anything but.

I want to get to the top of the cliff as much as you do. I’m just not willing to try it without a whole lot of rope tied around me.