There’s a bank not far from my office with a very simple tagline: America’s Most Convenient Bank.

I don’t know on what basis they have earned that distinction, but if it’s a function of the number of hours they are open each week, I’d have to agree.

Holidays too. Not the major ones, but on those days where you’re never sure what’s open and what isn’t, there’s a pretty good chance they are.

If you’ve been reading this newsletter for a while (and if you haven’t, what on earth have you been doing?) you’ve no doubt noticed that I am a fan of the niche: Narrow your scope; become slightly famous for something; differentiate yourself based on an easily discernible fact or focus.

On that basis, the friendly folks at TD Bank have done all that.

But, there is one potential problem: 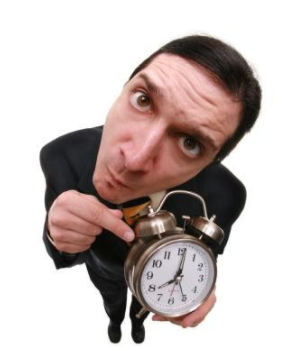 I’m not convinced the thing they have chosen to hang their respective hats on – hours of operation – matters.

Back in the early 80s when I was a bank teller (feel free to be impressed), a bank’s hours of operation were of major significance to its customers.

Few people had credit cards (few places accepted them), online shopping had not yet been invented, and ATM machines, while sort of available, were hard to find, unreliable, and often came with a fee.

Back then, if you needed cash – for a trip, the weekend, to purchase the latest Dire Straits album (look it up youngster; the world didn’t begin with Kanye) – you had to walk into a bank and speak with a teller.

As a result, Fridays were by far the busiest days and on a Friday before a long weekend the line would literally be out the door. In 1982, TD Bank’s extended hours would have been a welcome, much discussed differentiator.

Today? Not so much.

I don’t know about you, but I average two or three visits inside my bank per year. I don’t even go to the ATM to get cash that often anymore since nearly every retailer around accepts credit cards.

In 2018, extended bank lobby hours may indeed be different. But, given the steadily declining frequency with which any of us ever walks into a bank (and it’s only going to continue; my three adult children bank entirely online with virtual banks like Ally), does anybody care?

That’s not a trivial consideration. As solo professionals, we all need to differentiate ourselves from the competition.

And for my money, the quickest, most effective way to do that is to narrow your focus around a thing you do, an audience you serve, or an approach you take (or some combination). In that regard, the bank is on the right track.

But it can’t just be different for different’s sake. TD Bank could have all its employees dress up in clown costumes too and call themselves America’s Most Clown-Faced Bank. But would you bank there? (OK, l confess that I would, but that’s not the point.)

The point is, you want to choose something that people care about. Something that is causing them frustration and that you (preferably uniquely) can fix.

The closer you can get to that, the more likely clients are to beat a path to your door.

If you liked this article you’ll love the next one (I’ve been holding back on the good ones until you subscribe). Click here to sign up for future posts and Get 3 FREE Marketing Resources Worth Over $150.

23 thoughts on “Does Your Difference Make a Difference?”