The first concert I ever attended was on June 3, 1978 at Nassau Coliseum on Long Island.

Unfortunately, the performer was Bruce Springsteen.

I say unfortunately, because as any number of rock ‘n’ roll enthusiasts will tell you, Bruce Springsteen just may be the best live performer on Earth.

And so after experiencing his speaker-climbing, story-telling, crowd-surfing, three-plus-hour extravaganza, I simply assumed this was the norm for live concerts.

That was a big mistake.

And so, having been disappointed over the years, when it comes to concerts I lean towards indifference.

There is one band, though, that has always caught my eye: Train. (Again with the judging?) 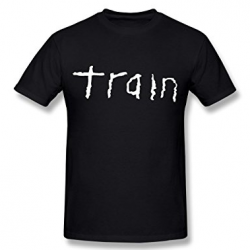 Not so much for their musical talents (I don’t know enough to measure those anyway), but rather, for their versatility and word play.

From Hey, Soul Sister, to Drops of Jupiter, to Drive By, to Marry Me, I am constantly amazed by the range of songs I hear (and like) and the inventiveness of their lyrics.

And so when my wife Linda surprised me for Father’s Day with tickets to see the band last week, I was eager to attend.

As an infrequent concert goer, and knowing that security had tightened up quite a bit in recent years, I checked the Xfinity Center web site to see what they allowed people to bring in:

That’s a pretty short list (and a long way from the days when security was so lax that people would literally sneak in full-size video cameras in a backpack).

But it’s their venue, and they make the rules. If I wanted to see Train, I had no choice but to follow them.

You get to set the rules too

How about you? You may not own and operate a stadium, but when it comes to working with clients, you, too, get to decide who gets in, who doesn’t, and under what circumstances.

Most solos and small professional service firms, however, don’t think this way.

Other than vague pronouncements like, “we don’t work with people who treat us badly,” many otherwise experienced and capable professionals set the engagement bar just slightly higher than, “they are willing to pay us.”

After all, we need clients. As long as someone is willing to hire us, our job is to do what they want, how they want it, and when. Right?

Actually, no. That’s called “an employee.”

We are not that.

We are professionals, engaging in a mutually satisfying and productive arrangement between two parties, EITHER ONE OF WHOM has the right to set the terms by which they are willing to move forward.

(Do you think I typed those four words in all caps by accident?)

So try this: Create your own rules of engagement for those who would work with you. Things like…

These are just examples. I’m not suggesting you use these in particular or that you post these rules on your web site.

I am suggesting, though, that you take some time to develop a set of your own and that you write them down for yourself.

Doing so gives them power – the kind of power you’ll need when times are tight and you’re tempted to let anybody, no matter how they behave or what’s hidden in their backpack, walk past security and into your venue.

17 thoughts on “To Xfinity And Beyond”